It was in the year 2010 that Google started developing that so called "self driving car" but later this summer, Google revealed it's prototype of a Self-Driving Car with no Steering Wheel or Pedals on it. Designed to operate safely and autonomously without requiring human intervention, this self-driving vehicle has Google Software and sensors which will do all the works and replaced those steering wheel, accelerator pedal, or brake pedal in ordinary cars. 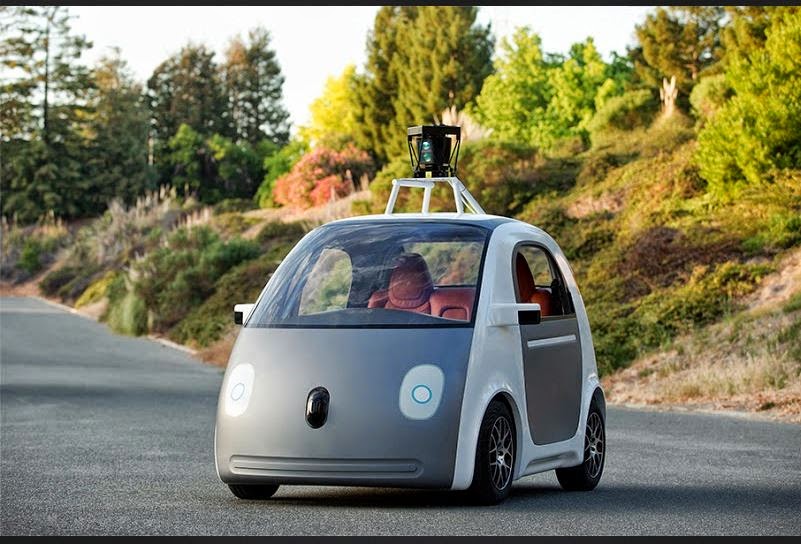 [Follow Author in Instagram]
[Follow Author at Twitter]
[Subscribe to bugITS - technology news and updates]
[Subscribe to Facecebu.net]
[Subscribe to Cebu Fitness Blog]
"The vehicles will be very basic—we want to learn from them and adapt them as quickly as possible—but they will take you where you want to go at the push of a button. And that's an important step toward improving road safety and transforming mobility for millions of people. " said in the post.

Take a look on this first Drive video.

"It was inspiring to start with a blank sheet of paper and ask, “What should be different about this kind of vehicle?” We started with the most important thing: safety. They have sensors that remove blind spots, and they can detect objects out to a distance of more than two football fields in all directions, which is especially helpful on busy streets with lots of intersections. And we’ve capped the speed of these first vehicles at 25 mph. On the inside, we’ve designed for learning, not luxury, so we’re light on creature comforts, but we’ll have two seats (with seatbelts), a space for passengers’ belongings, buttons to start and stop, and a screen that shows the route—and that’s about it." they added.

Know more about this project at their official Google Plus Page: https://plus.google.com/+GoogleSelfDrivingCars
Share This